If you are considering any breast surgery please check out all the tips and info on our blog. Contact us to arrange a consultation. Breast reduction Scotland cost: from £6,000.

Ms Lucy Khan and Mr Chris Cartlidge undertake expert breast reduction surgery. We conduct a comprehensive initial consultation and careful discussion about your goals and the look you want to achieve. Use this website to help your research and find the best breast reduction surgeon for you. Our clinics are in Edinburgh and Stirling. Our surgery uses minimal scars that are hidden in the lower fold of the breast and at the border of the areola.

Large or heavy breasts can cause back, neck and shoulder pain. There can be skin problems from rubbing bra straps and rashes underneath the breast folds. Women are too often expected to just ‘put up with’ excessive attention if they have noticeable breasts. Breast reduction improves self-esteem, allows more vigorous exercise and weight loss and has a high patient satisfaction when performed by top breast reduction surgeons.

We offer surgery for women with large breasts and are highly recommended. Anchor scar, vertical scar, circular scar and liposuction procedures all available. Leading breast specialists performing safe and effective surgery. Check below to find breast reduction clinics near me.

Call 0131 467 1450 for an appointment at our breast reduction clinic at Dr Nestor’s Medical Cosmetic Centre, Edinburgh 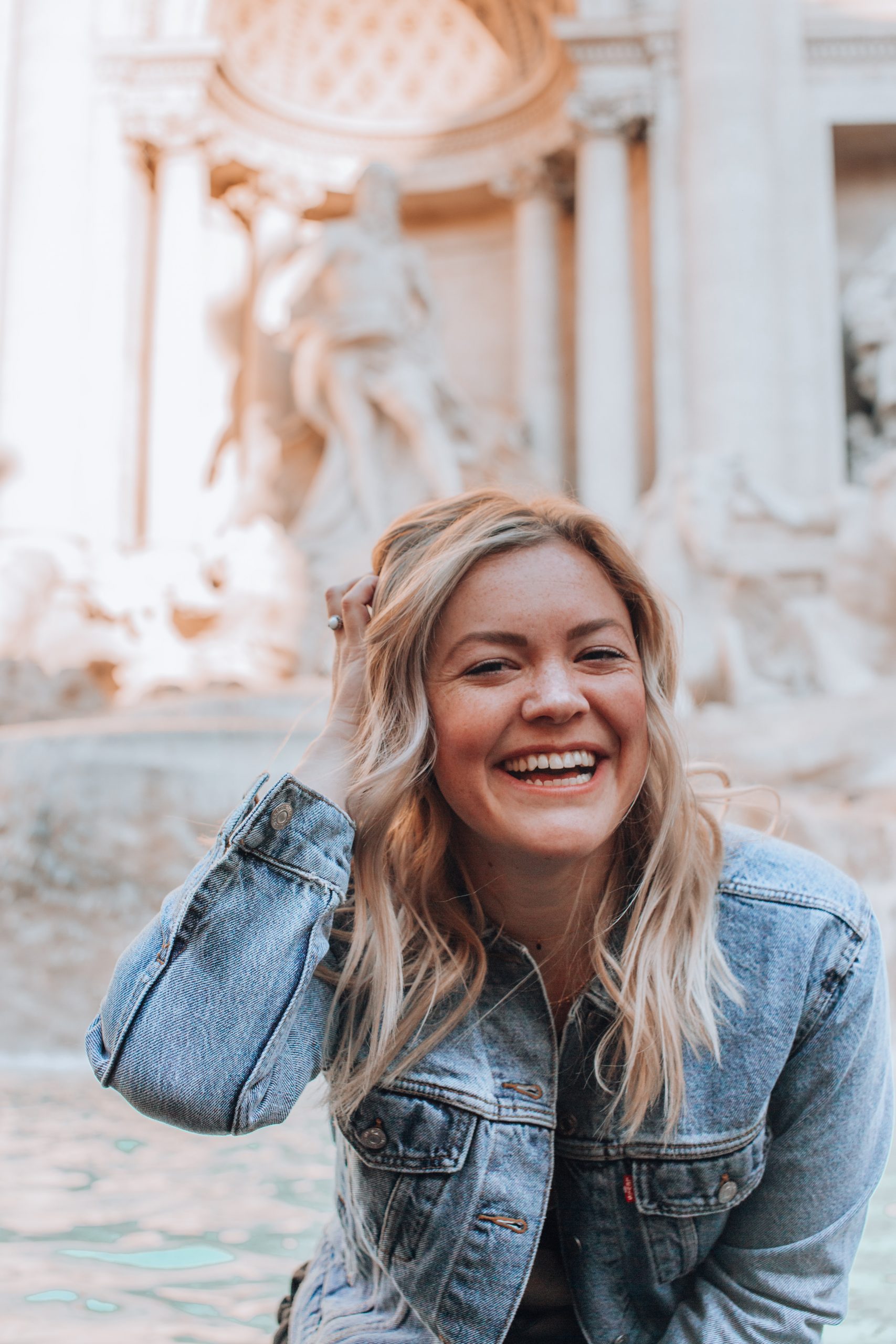 Why do people have breast reduction surgery?

Large, heavy breasts can cause a variety of physical symptoms. These include neck, shoulder and back pain. In addition, women considering breast reduction often have difficulty finding clothing that fits them, may experience discomfort when exercising, and may suffer from unwanted attention related to the size of their breasts. As a result, a careful and successful breast reduction has a high rate of patient satisfaction, and may significantly improve quality of life.

What is the normal procedure?

10-You will meet your consultant in the clinic. You will discuss your goals, expectations and any fears you may have. The surgeon will undertake a comprehensive assessment at the initial consultation by examining you and checking for any abnormality. Together you will decide the best approach to undertake reduction surgery.

There are 2 main surgical techniques: the anchor-scar (Wise-pattern) breast reduction, and the vertical-scar breast reduction. Vertical scar breast reduction tends to be more suited to patients who do not require a large volume of breast tissue to be removed. As well as removing unwanted excess breast tissue, both procedures also provide a tightening of the breast envelope. The nipples are moved to a higher, more youthful, position. In both cases, the scarring is well hidden beneath the fold of the breast and around the border of the areola.

Occasionally, breasts may be suitable for reduction either by liposuction (to remove tissue when the breasts are particularly soft, not dense) or a circumareolar (circle scar around the nipple). These are only possible in a small number of cases.

After a ‘cooling-off’ period of a minimum of 2 weeks (during which time you can cancel with no obligation to proceed), you will come in for surgery. On the day of surgery, you will be asked not to eat or drink anything from a certain time beforehand. You will meet the anaesthetist (doctor who puts you to sleep and keeps you healthy during the surgery) before going round for your operation. The procedure is performed under a general anaesthetic.

When you wake up you will be in a bed on a ward. You will have dressings over your wounds and there will be dissolving stitches, wound glue and paper stitches sealing your scar. Someone else will need to drive you home. If needed, take simple painkillers such as paracetamol or ibuprofen, but avoid aspirin.

Keep dressings in place for 10-14 days after the operation. Avoid getting the area wet for 48 hrs and then after that you should shower and pat the area dry until the dressing are removed.

You should wear a supportive (post-operative or sports-type) bra which isn’t too tight. You should avoid vigorous exercise for 4 weeks. Do not undertake contact sports or sleep on your front for 8 weeks.

As well as your appointment to have the dressing removed at 10-14 days you will receive a follow-up appointment at 6 months to check you are happy with everything.

What can go wrong?

Breast reduction is a common operation and most of these surgeries pass uneventfully. You will have swelling, bruising and pain after the surgery. This usually settles down within a few weeks but very occasionally you can be left with long-term pain related to your surgery.

There are some rarer but important early complications:

1. Bleeding – unexpected bleeding after surgery may require re-operation to evacuate blood and stop the bleeding. Rarely, you may require a blood transfusion or extra time in hospital. Bleeding affects 2-3 out of every 100 patients.

2. Infection – extensive precautions are taken both before and during the procedure to reduce the risk of infection. You will receive antibiotics at the time of surgery. Later infection may require further doses of antibiotics and in the worst cases may result in implants being removed. Infection happens in fewer than 2 out of every 100 patients undergoing implant augmentation.

3. Wound healing problems – for various reasons, including smoking, vaping, e-cigarette use or diabetes, the small blood vessels of the skin may not be working well. This increases the risk of wound breakdown (or necrosis), and the area particularly at risk is the T-junction at the bottom of an anchor-scar. If this breaks down you may require antibiotics, regular wound dressings and/or eventually additional surgery. You should not smoke for at least 6 weeks prior to and 2 weeks after your operation.

4. Nipple problems – the nipples are likely to be numb and less sensitive after surgery. Occasionally they can have increased sensitivity and this can cause pain. You will probably not be able to breastfeed following a breast reduction. If the nipple becomes swollen and blue, its blood supply may be at risk and you may need urgent surgery to correct this. There is a small risk of the nipple dying (nipple necrosis) and this may require the nipple to be removed and may be replaced with a graft of skin taken from elsewhere in your body, with the option to have a nipple tattoo or reconstruction in the future.

There are some later issues that it is important for you to know about:

1. Asymmetry – although care is taken to ensure that the breasts appear symmetrical following the procedure, there can be asymmetry between the two sides when you have healed. In the worst cases, this may require further reduction surgery on the side with too much tissue left behind. Differences between the scars can usually be corrected with a small procedure.

2. Unsatisfactory result – occasionally patients do not feel satisfied with the result of their surgery, and improvements in appearance and physical symptoms are not as good as they might have hoped. It is important that you are clear with your surgeon about the size and shape of breasts that you want, and realistic about what can be achieved. The outcome of your surgery can be expected to change with time, particularly as a result of ageing, pregnancy or weight loss or gain.

Our consultations are held at BMI Kings Park Hospital, Stirling and

This website uses cookies to improve your experience while you navigate through the website. Out of these cookies, the cookies that are categorized as necessary are stored on your browser as they are essential for the working of basic functionalities of the website. We also use third-party cookies that help us analyze and understand how you use this website. These cookies will be stored in your browser only with your consent. You also have the option to opt-out of these cookies. But opting out of some of these cookies may have an effect on your browsing experience.
Necessary Always Enabled
Necessary cookies are absolutely essential for the website to function properly. This category only includes cookies that ensures basic functionalities and security features of the website. These cookies do not store any personal information.
Non-necessary
Any cookies that may not be particularly necessary for the website to function and is used specifically to collect user personal data via analytics, ads, other embedded contents are termed as non-necessary cookies. It is mandatory to procure user consent prior to running these cookies on your website.
SAVE & ACCEPT